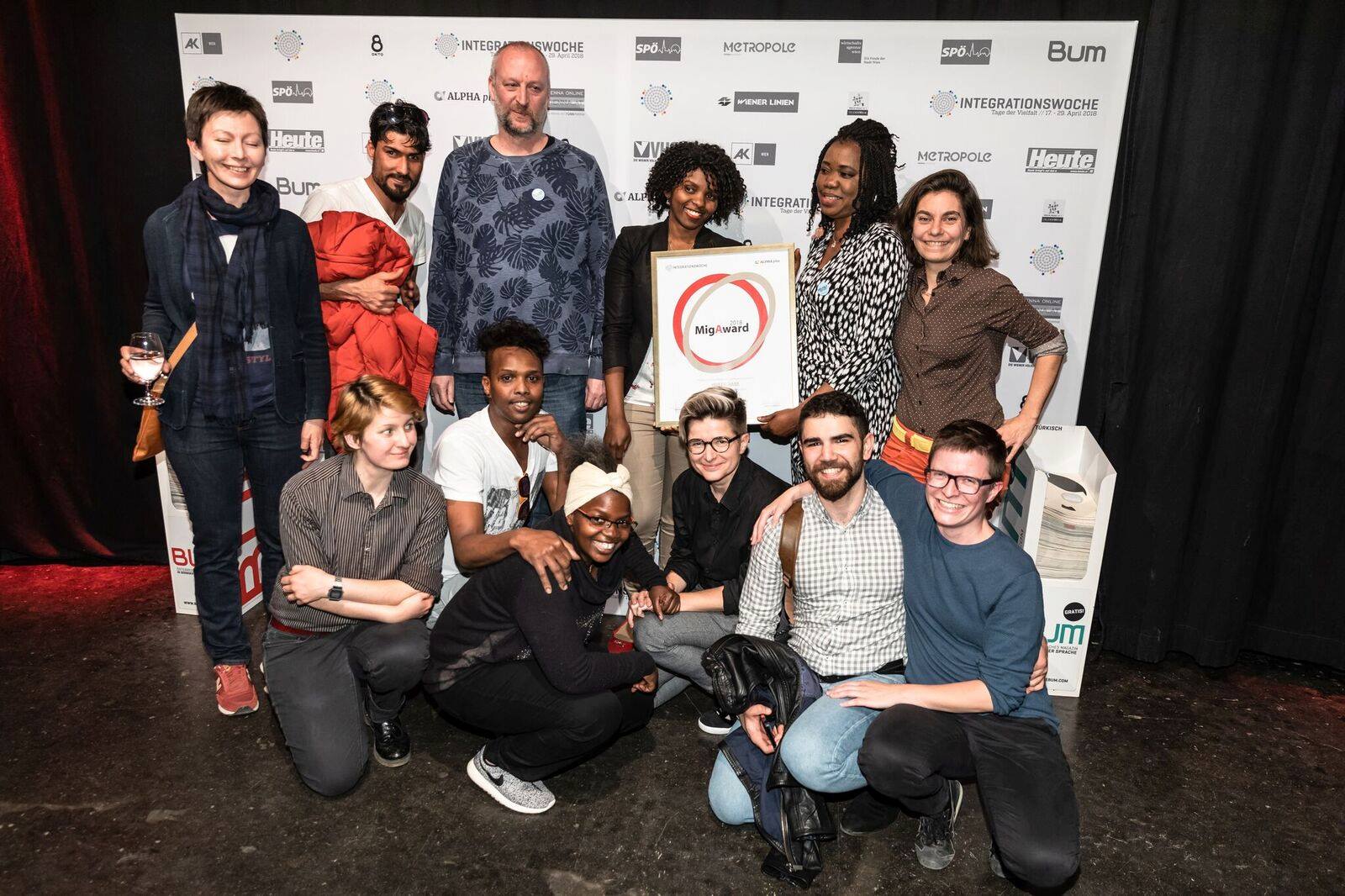 Why being awarded the MigAward 2018 means something special.

The goal of the integration week and of the MigAward is to set a sign of positive, peaceful coexistence of the people living in Austria. Austria has always been a country of immigration, even though there is little (to put it mildly) awareness of this centuries-old reality. Especially people who do not fit into the norm have always looked to major cities in their search for the freedom and equality among equals that is refused them in their families, religions, and countries of origin. Lesbian, bisexual, gay, trans, and intersex people come to Austria now and have always come here as work migrants and as persecuted people. And it is a good thing that they have and still come here.

Along with this desire for freedom among equals, LGBTIQ migrants and refugees also want security, they want protection of their physical and emotional integrity, something neither their so-called “host societies” or communities of origin guarantee. Transphobia and homophobia are constants in both majority and also minority societies, and racism and islamophobia are not only widespread in society at large, but also in the LGBTIQ community. LGBTIQ People of Color, LGBTIQ who are forced or voluntary migrants, are even forced to ask whether freedom among equals exists at all. And if so, among which equals?
Freedom and equality can exist in a democracy only when in the spirit of indivisibility of human rights, an extensive solidarity-based practice is developed that goes far beyond mere tolerance.

Queer Base is but one of many organizations, groups, and individuals that work at this junction. Among the others are MiGay – an organization for queer migrants, ORQOA – Oriental Queer Organization Austria, and ARA – Afro Rainbow Austria. We are here to develop a solidarity-based society where no one has to decide under which equals they have to hide which parts of their personality, or among which equals they have to raise a protective screen against offensive language.

We are here despite the injuries. We have come here, and we are here to stay.

Thanks to Integrationswoche, AlphaPlus and all migrants who voted for us.

And finally: for Jelena, Miss BallCanCan, who succumbed at this junction of vulnerability in February 2018. Rest in Power.

© Photo credit Michael Mazohl with the kind permission of Integrationswoche