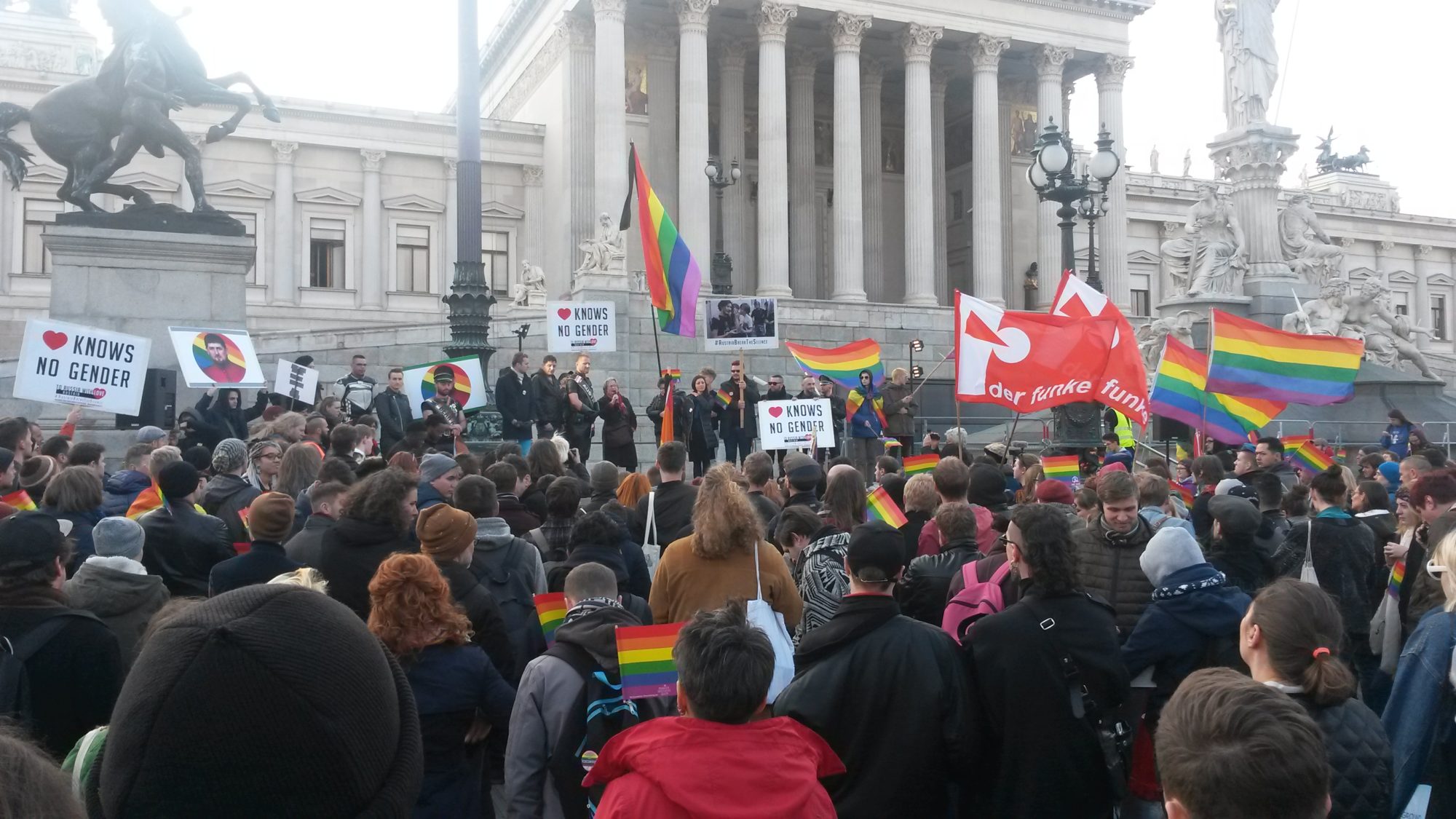 Solidarity is a weapon—let’s us it!

Queer Base is horrified at the recent intensification of violence against LGBTIQ people in the Russian Republic of Chechen Republic. Forty people have been imprisoned due to their sexual orientation or their non-conforming gender identity. Unfortunately, it must be assumed that two people have been murdered.

As already with the first wave in spring 2017, gays, lesbians, and people who do not conform with norm have been arrested, imprisoned, extorted, and tortured. According to information from the LGBT Network Russia and confirmed by journalists from Nowaja Gazeta, there are also new aspects to the persecution of LGBTIQ in Chechen Republic.

In contrast to 2017 apparently, police forces are increasingly involved in the kidnapping, and meanwhile those being illegally detained are being held in official prisons of the southern Russian republic. Additionally, reports have stated that the passports of these political prisoners have been destroyed, which makes all travel within Russia, and naturally, any escape extremely difficult. Also new is that there have been confirmed reports about the arrest and imprisonment of lesbian women.

Similar to spring 2017, the LGBT network LGBTIQ is attempting to evacuate people from the North Caucasus region and to house them in safe houses in the Moscow region.

Jambulat Umarov, Minister for national politics, press, and information of the Chechen Republic Republic alleged in a statement that the information about torture is not true and these reports simply arose from the imagination of LGBTIQ people. But in the same way that Kadyrov’s claim that there are no homosexuals in Chechen Republic is untrue, the abuses, kidnappings, torture, etc., have been confirmed over and again by victims and international (human rights) organizations. Also, the recently published report by the OSZE confirms the “very severe human rights violations” and at the same time emphasizes the predominant lack of punishment of those involved, which has exacerbated the situation. (see https://www.osce.org/odihr/407402?download=true

Reports from LGBT Network and Nowaja Gazeta show that the last wave of hatred against LGBTIQ could be stopped or at least lessened due to the international outcry. This is extremely important particularly for queer people who are unable to leave the Chechen Republic.

Until now, there has been absolutely no reaction from the part of the Austrian government, neither from Federal Chancellor Sebastian Kurz nor from Foreign Minister Karin Kneissl. The victims of the homophobic and transphobic violence are being silenced. The LGBT Network is currently advising with international consulates in Moscow, about the evacuation of persecuted gays and lesbians. At issue, concretely, is the issuing of visas in order to apply for asylum in EU countries.

We demand that the Austrian federal government do everything possible to become a part of this international solidarity movement. Even if we do not have high hopes of being heard, as an organization from and for LGBTIQ Refugees we want to urge all Austrian organisations to break the silence and increase pressure on the government of the Chechen Republic and the Russian Federation.

Solidarity is a weapon—let’s use it!